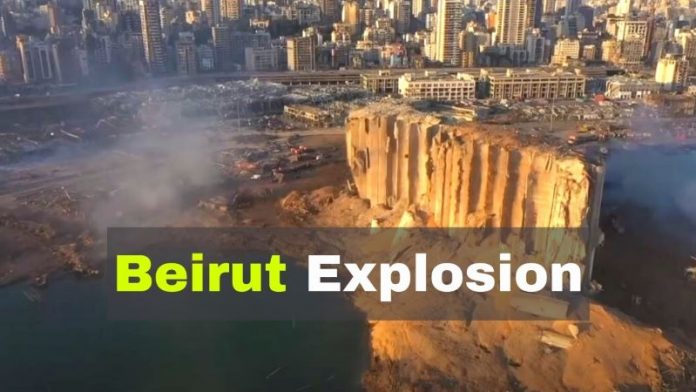 The Lebanon Capital, Beirut, already in face of crisis, was hit very hard by a severe blast in a warehouse in the cargo area of the port in the central part of the city on Tuesday evening. As declared by the Lebanese PM, Mr. Hassan Diab, 2750 metric tons of ammonium nitrate stored in the said warehouse for years has been marked as the root cause of the deadly explosion that has killed at least 100 people and injured more than 4000 so far.

Just when we thought 2020 couldn’t get any worse. This is actually terrifying! Rest in peace to those people having no clue they would be obliterated by an explosion in Beirut today. Pray for Lebanon #Beruit pic.twitter.com/6G1SXofSj8

“The highly explosive material had been confiscated years earlier and stored in the warehouse, just minutes’ walk from Beirut’s shopping and nightlife districts.”

“Initial reports blamed the explosion on a major fire at a warehouse for firecrackers near the port”, according to Lebanese state news agency NNA.

Ammonium nitrate (NH4NO3) is basically a salt used as a fertilizer in agriculture, but if it is combined with fuel oils, it becomes highly explosive being used widely by the construction and the mining industries. This very fact is being heavily suspected to have happened causing the disastrous explosion in the history of Beirut. On reaction with other specific substances, ammonium nitrate actually releases oxygen and helps the burning process vigorously.

However, under normal storage conditions and without the very high heat, it is difficult to ignite ammonium nitrate, Jimmie Oxley, a chemistry professor at the University of Rhode Island, told AFP. 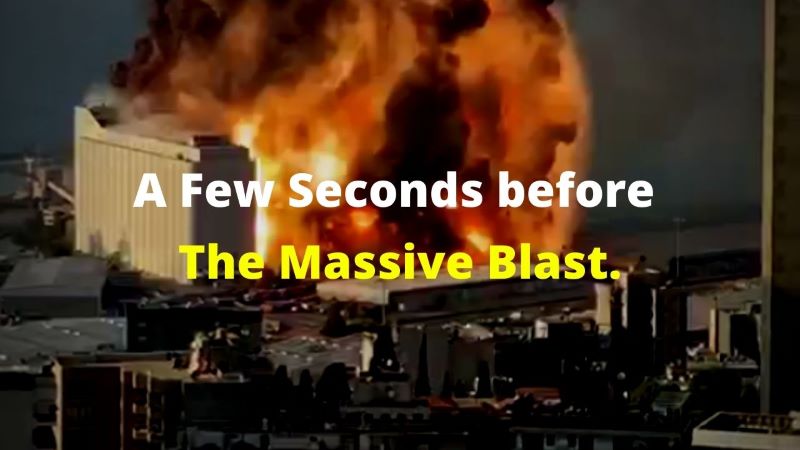 “If you looked at the video (of the Beirut explosion), you saw the black smoke, you saw the red smoke, that was an incomplete reaction,” she said.

“I am assuming that there was a small explosion that instigated the reaction of the ammonium nitrate — whether that small explosion was an accident or something on purpose I haven’t heard yet.”

The regional or local government bodies also got stunned due to the huge explosion that got registered as a 3.3 magnitude earthquake in the capital. Everyone did a lot to help the victims generously and the struggle for survival is still on its way.

At least 10 firefighters are missing, according to the city’s governor Marwan Abboud, who said the scene reminded him of “Hiroshima and Nagasaki.”

“In my life, I haven’t seen destruction on this scale,” Abboud said. “This is a national catastrophe.”

There is no doubt that the blast comes at a very tense time in Lebanon. A verdict on the assassination of former Prime Minister Rafik Hariri (2005) is expected to be issued on Friday by a United Nations-backed panel. The verdict is being feared as a move to stoke sectarian tensions. A severe economic meltdown is also there in the country with ballooning unemployment and a tanking currency. Above all, the poverty rates are soaring beyond 50%. We can only wish the very best of luck to our beloved Beirut.

The Beruit blast was so big it carved out part of the earth. This was taken by Jenan Moussa a fantastic middle eastern journalist. pic.twitter.com/REODiSgdsU

A video taken from inside a car of the explosion in #Beruit. Shockwave left quite the impact on the car.
pic.twitter.com/wR4NQgwBIB