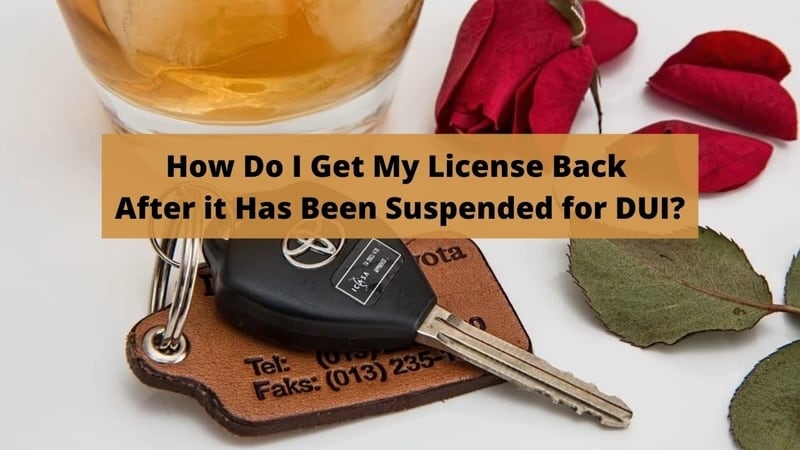 A DUI can have many unfortunate consequences for the driver, as well as anyone else on the road at the time. An accident is the worst case scenario but all outcomes are bad. The intoxicated driver could get pulled over and arrested if they fail the sobriety tests. One of the worst consequences is that the driver could get their licence suspended. This essentially curtails their ability to drive any vehicle and could result in an even bigger penalty if they are caught doing so.

A licence suspension is not permanent, however, as there are procedures that you can take to get it back and regain your driving privileges. But it is even better if you never lose those driving privileges in the first place and the way that you can avoid that is by hiring a DUI defense lawyer. They can dispute your DUI charge so that any penalties you are facing can be avoided or reduced. So make sure that the first thing you do after being charged with a DUI is contact an experienced lawyer to represent you.

Every state has its own punishments and penalties for a DUI but they are always very severe, especially for repeat offenders. Florida, for example, has some very harsh penalties for DUI, including the fact that a DUI conviction will be on your driving record for 75 years and it cannot be expunged or sealed. However, anyone charged with a DUI has more immediate concerns to worry about.

The following penalties are imposed if the second offense occurs within five years of the first offense.

In addition to the penalties listed above, every driver charged with a DUI has to attend a DUI class. A twelve hour level one class is required for first offenders, while repeat offenders have to attend a twenty one hour level two class.

How To Get Your Driver’s Licence Reinstated

Contact an Attorney If You Have Been Charged With a DUI

A DUI charge can have a lot of serious consequences, including a lengthy licence suspension that can have an impact on your driving privileges. Once you have been charged with a DUI, there is little that any lawyer can do to reverse the charges. That is why you should hire a DUI lawyer to fight those charges; if they are successful, then you will never have to worry about penalties like a suspended licence. So make sure to contact an attorney as soon as possible after you have been charged with a DUI.