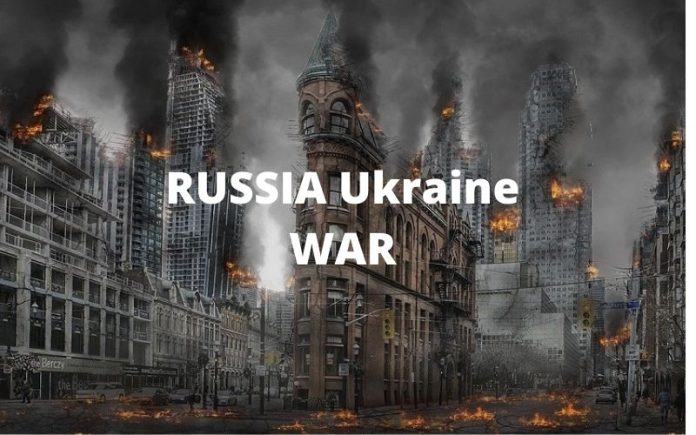 Kyiv was hit this morning with ballistic or cruise missiles: CNN reports citing Anton Gerashchenko, advisor to the head of the Minister of Internal Affairs. The CNN team on the spot heard two loud explosions in the center of the capital and a third loud explosion at a distance.

Ukrainian forces may have shot down a Russian missile or plane over the capital Kyiv, according to Ukrainska Pravda sources. This would be the source of the loud explosions heard earlier in the city center.

Around 4.30 local time residents in the Osokorki area heard two powerful explosions. “The attacks on Kyiv with cruise missiles or ballistic missiles are continuing,” Anton Gerashchenko, an advisor to the Interior Minister, wrote on Telegram. Scrap would have fallen on a house, where a fire broke out.

Russian forces “have already lost about 800 men”, according to the Ukrainian Ministry of Defense. “The losses for Russia also include seven planes, six helicopters, 130 armored combat vehicles, and over 30 tanks,” added the department quoted by the Ukrainian news site Kyiv Independent.

Ukrainian President Volodymyr Zelensky said that since the beginning of the Russian invasion 137 Ukrainian soldiers have been killed and 316 injured. “Unfortunately, according to preliminary estimates today we lost 137 of our heroes, including 10 officers; 316 were injured,” Zelensky said on his Telegram channel.

“Enemy sabotage forces have entered Kyiv, but I am staying here, the Ukrainian president announced, according to reports from the Kyiv Independent. Zelensky explained that he will stay in Kyiv and that his family will not leave Ukraine either. “Even if Russia – he added -has identified me as goal number one and my family members as goal number two”. “The fate of the country – he concluded – depends on our soldiers and our people”.

Ukraine “was left alone” to fight Russia, Zelensky says, wondering controversially: “Who is ready to fight with us? I don’t see anyone. Who is ready to give Ukraine a guarantee of NATO membership? Everyone is afraid. “he said in a video posted on the Ukrainian presidency website.

The US is ready to accept Ukrainian refugees fleeing Ukraine: Jen Psaki said so. The White House spokesperson added that American troops will help European countries, transport refugees. The White House has expressed outrage at “credible news” from Ukrainian sources that the staff of the Chernobyl nuclear power plants has been taken hostage by Russian troops, Alyona Shevtsova, adviser to the Ukrainian land forces command, wrote on Fb. “We condemn and demand their immediate release,” spokeswoman Jen Psaki said, adding that their kidnapping could hamper efforts to manage the facility. The United States, together with Albania, asked for a vote today in the UN Security Council on the draft resolution that condemns the violation of the territorial integrity of Ukraine.

Diplomatic sources confirm this, specifying that it will be held at 3 pm local time, 9 pm Italian time. The text is doomed to failure because Moscow will use its veto right in the Council to block it, but Washington aims to get the largest possible majority and then bring the resolution to the General Assembly in the next few days.

When Vladimir Putin who ranks among the most powerful people in the world announces the invasion, Kyiv is a few minutes away from five in the morning. The darkest hour of Ukraine begins with a few sentences prepared for days, which cancel weeks of Kremlin promises and appeals from the whole world: the forces of Russia, its leader announces, cross the borders to carry out “a special military operation “and” demilitarize ”

Kyiv is preparing to defend itself from an imminent attack by Russian forces and ten thousand automatic rifles have been distributed in the last few hours to civilians in the capital. This was reported by sources of the Ukrainian interior ministry cited by some international media.

The President of Ukraine Volodymyr Zelinsky signed the decree for the general mobilization in Ukraine. The decision responds to the multiple attacks by the Russian army, one of the best armies in the world, undertaken in the country. Ukrainian customs had already announced before the publication of the general mobilization decree that Ukrainian men between the ages of 18 and 60 could no longer leave Ukraine. 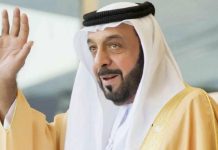