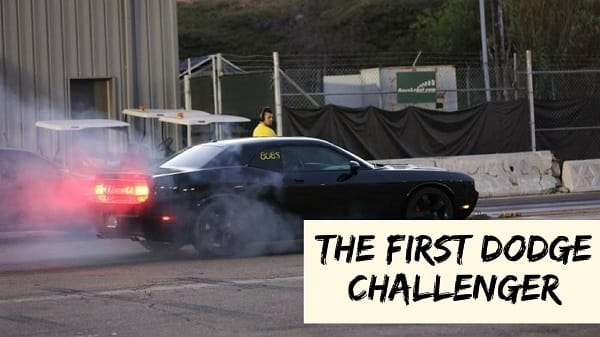 For most people, who like Dodge Challenger at least those with a few gears in their head, when the words “Dodge Challenger” are heard, images of powerful Chrysler-built muscle cars from the 1960s arise. Few, however, think about the very first Challenger because the story isn’t well known.

Be that as it may, the story of the first vehicle that Chrysler put on the “Challenger” nameplate on is interesting. As it turns out, the first Challenger has little to do with the first-generation Challengers, and the horsepower wars of the 1960s.

The first-generation Challengers, made between 1970 and 1974, were 2-door performance cars made by Chrysler Corporation. Based on modified Barracuda drive train, these vehicles were considered attractive and were available with powerful muscle engines. For V8s, buyers could choose between a 335HP-383CI, a 375HP-440CI, a 390HP-440CI and a 425HP-426CI Hemi. Chrysler may have entered the horsepower wars of the 1960s late but when they finally got there, they made a grand entrance.

So, the answer to the question of what the very first Challenger was seems simple. It was the first of the first-generation cars. Sounds logical, but it is wrong. According to our Chrysler expert, Columbiana Chrysler, Dodge, Jeep, Ram of Columbiana, OH, the Challenger name was first used on a promotional model of the Dodge Coronet.
Introduced on May 1, 1959, this vehicle was called the Silver Challenger and was offered only as a two-door Club Sedan, and as the name suggests, only in metallic silver paint.This car was not representative of anew direction for Chrysler Corporation. It was simply a special Coronet spruced up to move some product during the slow summer months.
Even so, the Silver Challenger was a good-looking automobile. It featured a distinctive all silver metallic “Lustre-Bond” paint -an industry-first high-baked enamel. The summer promotional package also included black carpeting, handsome silver vinyl and black brocade interior, wide whitewall tires, and full wheel covers.

There were but two engine choices for the 1959 Silver Challenger.The 135HP “Get-Away” 6-cylinder or 255 HP “Red-Ram” V-8 engine. Something that especially enticed customers was that both engines ran on regular grade gasoline which was unusual for the high compression engines of the day. Transmission choices were staid and included a three-speed manual with column shift or for an additional $189, a two-speed Power flite automatic. An unusual optional accessory was swing-out swivel seats.Suggested factory retail prices at the factory in Detroit were $2,530.50 for the 6-cylinder and $2,650.00 for the V-8.

Even though it was an attractive car with some accessories added at no charge, sales of the Silver Challenger were disappointing. Chrysler says that just 352 Silver Challengers were built before the redesigned 1960 Dodges went into production in the fall of 1959.

So, what we have here is an example of a brand name that was developed for a simple summer promotion and later was transformed into a roaring success as a series of muscle cars. It did have a few firsts associated with it, though. Up until that time, it was the lightest body style Chrysler ever offered with a V8 in it and it offered the first Metallic Silver painted car for any Detroit Car Maker.