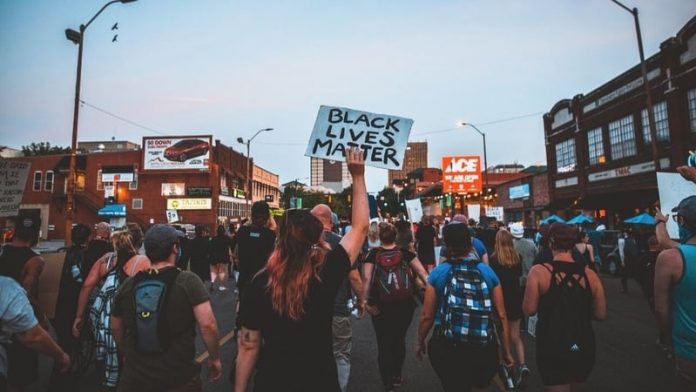 Laws must be there for the smooth functioning of the social system, but their implementation must be equally justified in all aspects.

25th May 2020 will always be taken as a dark day in the history of the USA when, at 20:08 in Minneapolis, Minnesota, a 46 year old African-American, George Floyd, was arrested and killed by the local police against using a fake $20 bill. The policemen drew him out of his car on the gun-point, handcuffed him, fell him on the ground and a policeman, Derek Chauvin of 44, placed his knee between Floyd’s head and neck for 8 min 46 seconds causing his death then and there. All this while, George Floyd kept pleading for mercy and begging for his life, but to no avail.

The Start of Protests 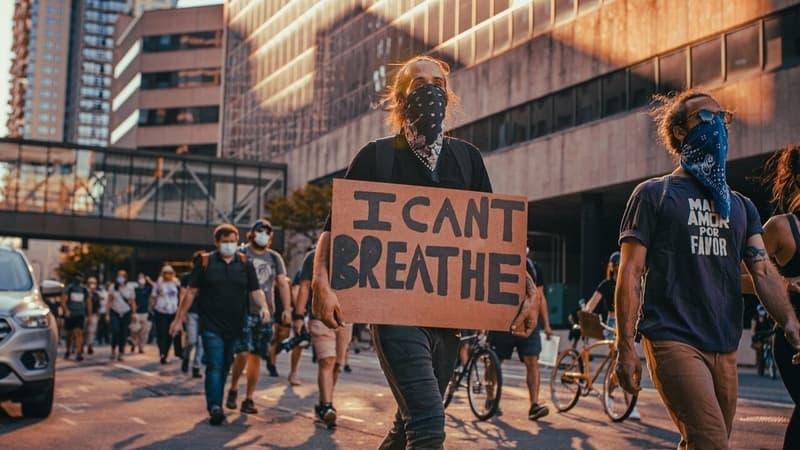 In response to the tragic death of Mr. George Floyd under the police custody, there emerged sheer protests and riots the following day in the twin cities of Minneapolis and Saint Paul. The protests continued to enlarge themselves day by day and spread to other states and cities of the USA as well as to the other countries across the globe.

The Magnitude of Protests

On the 26th of May, hundreds of people marched out of frustration to the Minneapolis Police Department 3rd Precinct police station to show their sentiments and sympathy for the late George Floyd and integrity with his family. The peaceful protest turned into violent riots when the said police station was vandalized with spray paint and the cars of the police squad were hailed with stones. In response and also to defend themselves, the policemen in riot gear fired beenbag rounds and threw chemical agents at the protesters who threw water bottles and such stuff back at the policemen.

On the following day, May 27, the protests continued all around including at Chicago Avenue South. In the evening around 6:00 pm, the protesters attacked the windows of the police percinct and started breaking them with hammers. The police began to fire rubber bullets and chemical irritants at the protesters near Hiawatha Avenue and East Lake Street where they were breaking the windows of an Autozone store. Later on, it was revealed on the social media platforms that the same store on East Lake Street was set to fire. A nearby Target store was also looted by almost one hundred people. The same day, a pawnshop owner shot dead a man out of the belief that he was trying to burglarizing his business. The owner was arrested then and there.

The mayor of Minneapolis, Jacob Frey, declared a state of emergency in Minneapolis on the 28th of May. Moreover, to the Twin Cities area, 500 Minnesota National Guard troops were also deployed to support the local police in their job of controlling the protesters and riots. On the same day in the evening hours, more than 170 businesses were damaged and dozens of buildings and shops were set on fire, The Saint Paul Police Department reported. Besides, the 3rd Precinct police station building was also set on fire the same latenight. The police heavily used tear gas against the protesters to disperse them readily.

The Overall Scenario of the Protests

Speaking of the protests and riots overall, there have been waves of frustration and anger towards the cruel action of the local police eversince the sad incident occurred. The protesters are always holding playcards and banners condemning racialism and the police brutality and asking for justice and quick reforms.

The protests got violent when the rocks and water bottles were thrown at the policemen, the shops and stores were damaged and looted, the police stations, the cars of police squad, many offices and other buildings were set to fire. The police also fired rubber bullets and beanbag rounds along with tear gas shells and other chemical irritants.

A number of casualties and injuries have also been reported from various areas. The whole social system has got ruined and there seem no law and order in the country.

States And Cities Affected By The Protests

The protests spread to over four hundred cities and towns in all fifty states as well as in other countries, with demonstrators supporting those seeking justice for Floyd and the wider Black Lives Matter movement, and speaking out against police brutality.

The Injuries, the Deaths and the Arrested During the Protests

Thousands of people have been reported to have got injured during the protests and riots throughout the USA whereas at least 11 have also been killed seeking justice for George Floyd. Besides, over 9000 have been arrested so far in many states and cities against different charges.

The loss to the Government and the Citizens

A financial loss of millions of dollars both to the government and the citizens has been reported due to the damage to the various businesses, shops, stores, offices and buildings. An exact estimate of the loss is not possible, for the riots are still underway.

The Demands of the Protesters 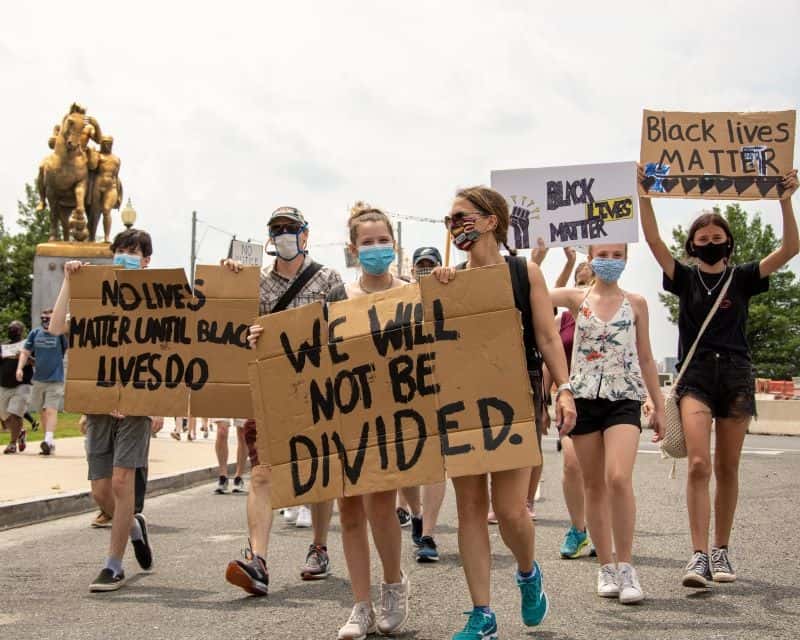 As the protests progressed, the protesters laid out five key demands, namely the withdrawal of the bill, an investigation into alleged police brutality and misconduct, the release of all arrested protesters, a retraction of the official characterisation of the protests as “riots”, and Chief Executive Carrie Lam’s resignation.

The Steps Taken by the Authorities Including the US President

May 29 brought along many steps. First, President Donald Trump posted on Twitter that he would send the military to Minneapolis to control the riots if the governor failed to do so. Second,the governor of Minnesota, Tim Walz, signed an executive order to send Minnesota National Guards to Minneapolis. He wanted them to protect property and help the local firefighters do their respective job peacefully and eficiently. Third, the governor also imposed a curfew for the twin cities of Minneapolis and Saint Paul from 8:00 pm to 6:ooam Friday. Fourth, Minneapolis Mayor Jacob Frey also issued a similar curfew for the next day. Since then, all the governors and mayors of almost all the states and cities along with their respective law enforcing departments and agencies are doing their best to control the protests and riots, but the things are still getting worse. The President has recently urged the governors to be more aggressive towards the protesters to restore law and order in the country.

The officer, Derek Chauvin, who pinned Floyd down with his knee was arrested and charged initially with the third degree murder and the second degree manslaughter. But now, he faces an additional charge of second-degree murder, and arrest warrants have been issued for the three other officers involved in Floyd’s arrest.

The former officers — Thomas Lane, Tou Thao and J. Alexander Kueng — have been charged with aiding and abetting second-degree murder and second-degree manslaughter.