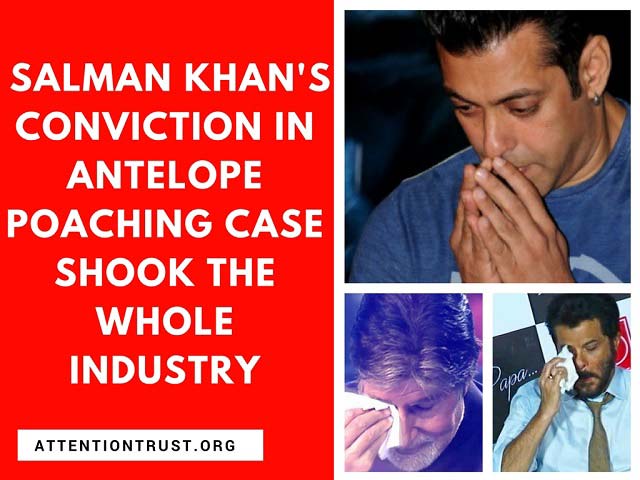 Salman Khan’s, decade old, blackbuck poaching case resulted in a conviction that can make him serve in the prison for 5 years.

The news was a shock for Salam Khan’s family, friends, co-stars and most importantly his fans. The prosecutors alleged that the 52 year old bollywood star killed two blackbucks with his gun while shooting for a movie in the state of Rajsthan.

Salman Khan is one of the highest paid actors in our list of World Highest Paid Actors in 2017.