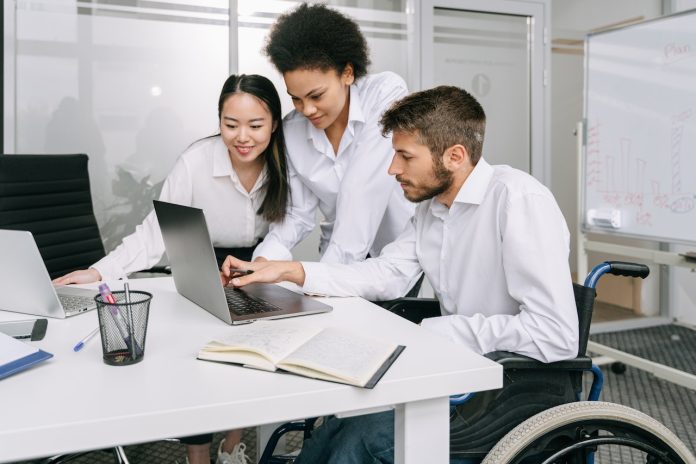 For many years now people who have disabilities have found themselves either underrepresented or completely excluded across the US workforce due to preconceived ideas about their capabilities and thus the quality of work that they produce. It was back in 1990 and the signing of the Americans with Disabilities Act (ADA) by the then president George H. W. Bush when the doors opened for millions of people living with disabilities to be included in employment opportunities. However, unfortunately, misunderstanding and a culture of stigma has remained in place when it comes to people with disabilities, especially where employment is concerned. Anyone who experiences such persecution should get in contact with the best disability attorney from New Jersey.

It is not all doom and gloom though, as over the last ten years or so, there has been a huge increase in both activism and conversation regarding equal opportunity and fair representation for people with disabilities in the US workforce. As a result of this, it appears to be the case that the world of work is changing and improving, and this is not just in relation to inclusion of workers.

The benefits that companies experience

There are actually several benefits and reasons why a company should seriously consider hiring someone with a disability. These individuals come with a whole host of benefits.

• It potentially increases profit margins – those companies that focus on hiring people with disabilities actually perform better than those ones that do not do this. A study by Accenture found it to be the case that revenues were some 28 percent higher, net income was twice as much, and profit margins were 30 percent greater in those companies hiring people with disabilities. In addition to this, the US Department of Labor found that those companies that were inclusive of disability experienced as much as a 90 percent increase in the retention of workers.

• It makes the company culture more diverse – it goes way beyond numbers, the benefits that people with disabilities bring to a company. They bring with them a perspective that is completely unique which helps to create a much more diverse culture within the company, improving innovation along the way.

• It makes employees more motivated and lowers turnover – surprisingly, hiring people with disabilities actually has an impact on things like the motivation and absenteeism of workers. A study by Accenture found that inclusion incentives exist within workplaces and they are responsible for increasing innovation, improving value for shareholders, increasing productivity, improving market share, enhancing a company’s reputation, and improving access to the supplier ecosystem. Similarly, those companies that hire a diverse range of people experience a much lower rate of staff turnover. This is believed to be because workers become more loyal to the company and develop a positive connection to the company itself.

• There is a large untapped market of workers – there is a huge disparity between the US workforce and the status of employment of people with disabilities. For instance, as little as 29 percent of American citizens with disabilities aged between 16 and 64 are in employment according to a study by Accenture. Compare this to the 75 percent of Americans without a disability between the same ages that are in employment. So if companies were to go out and hire people with disabilities, a huge new talent pool of candidates would be opened up – approximately 10.7 million people huge. If companies in the US were to do this, it would add some $25 billion to the country’s gross domestic product (GDP), which is equal to about one percent of the overall value.

• There are various tax incentives to be had – because the US government is well aware of the benefits that employers can experience from hiring someone with disabilities, they have put certain financial incentives in place through tax benefits. These include the likes of Disabled Access Credit, Architectural Barrier Removal Tax Deduction, and Work Opportunity Tax Credit (WOTC). There is also the opportunity for companies to take advantage of tax credits at the state level, although these of course vary from state to state.

The reasons why companies are still holding back

It is still the case to date that large numbers of companies avoid hiring people with disabilities due to the fact that they hold incorrect assumptions about it costing them more money to facilitate these workers or that complex expertise is required. However, the evidence suggests that this is actually far from the truth.

Even if a company does have to make some sort of accommodation for a disabled worker, sixty percent of changes cost absolutely nothing to implement, whilst anything with a cost does not cost anything more than $550 per person. Any costs that are incurred are, however, overwhelmingly outweighed by having a more diverse workforce. One way to avoid the cost of making any accommodations is by being mindful of them in the first place and making changes to a place of work prior to a disabled worker even being hired. This includes things like greater flexibility when it comes to working hours and accessibility features.

Many companies are not aware that no specific training or expertise is required in order to adequately accommodate a disbaled worker. The best way to serve their needs is by asking them directly what their needs are; after all they are a unique individual with their own set of unique requirements, so assuming what it is they need never works out. It is then down to a company to deliver on their needs and requirements as best as they can.

Creating an environment that is inclusive

The best and most effective ways of creating a fully inclusive environment is by actually hiring people with disabilities, allowing these workers to perform to their full capabilities, doing what they can to build a greater level of awareness and disability education, and creating opportunities for empowerment through mentee and mentor programs. 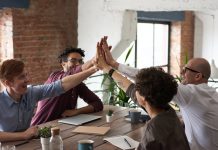 How to improve Productivity in the Workplace 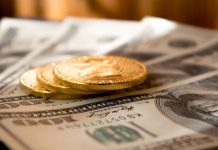 Exploring the Rewards of FX Trading in Business