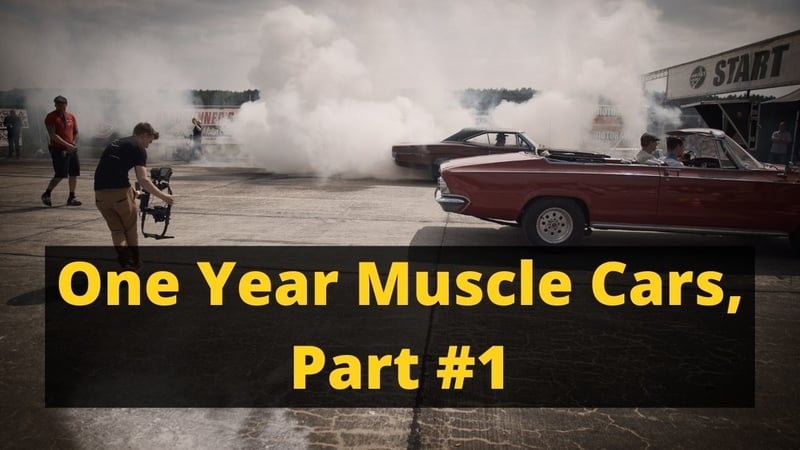 You know what a one-hit wonder is, it’s a band that had one big hit song. In this article, we will look at the automotive equivalents of one-hit wonders: cars that were made for one year or less. So read on to learn some interesting facts about these special, “one-hit car models.”

In 1970, Oldsmobile introduced a Rally 350 model painted in vivid bright yellow. What made it special was that it was powered by a hopped up version of Oldsmobile’s powerful 350 V8 engine. Other manufacturers introduced similar models, but the Oldsmobile Rally is infamous today due to its unmistakable appearance and eye-catching paint. Unfortunately, the Rally 350 wasn’t a big success on the market, in fact, Olds only built 3,547 of them. 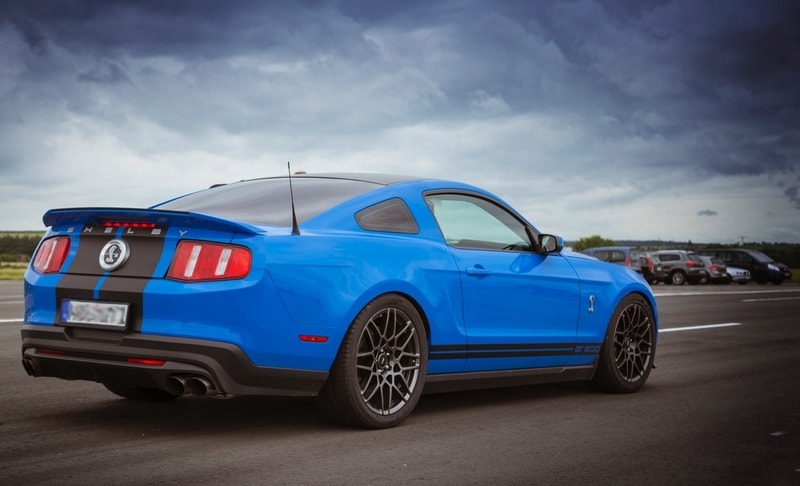 Produced only in 1965 and sold primarily to racing teams, the Shelby GT 350 R was built to race. The R version was powered by the same 289 V8 as the regular Shelby GT350, but it produced close to 400 HP thanks to numerous racing modifications. The GT 350 R was light and well balanced and they only made 34 of them, so to own one today, you’ll need a small fortune.

As one of the craziest muscle cars ever produced, the Plymouth Roadrunner Superbird has one of the most recognizable designs ever. Plymouth built Roadrunner Superbird for one year only, in 1970, and they produced just under 2,000 of them. Plymouth based them on the existing Roadrunner model but equipped them with a 440 V8 or a 426 Hemi. Behind the scenes, our friends at Rochester Hills Chrysler, Dodge, Jeep (MI) say the Superbird was specifically designed by Chrysler to win NASCAR races. In order to assure that this occurred, a few extra details were built-in. To make it as aerodynamically efficient, for example, Plymouth installed a nose cone, hideaway headlights and an enormous rear spoiler. Also, they transformed the rear glass from the standard concave-shaped one to a shape that was more slippery in wind tunnel testing.

The Corvette ZL1 package was one of the best-kept secrets in the late-1960s gearhead world. In fact, not many people, even within Chevrolet, knew about the existence of the ZL-1 package. The car was a standard Corvette with Chevy’s high revving ZL-1 427 HP all-aluminum engine installed. Not many were sold because Chevrolet was worried that the ZL-1 was too wild for the public and so they never “mentioned” the ZL-1 option in the press or in their official brochures. However, those wealthy individuals close to the factory, knew about its existence so a handful were sold privately.

In 1968, Ford introduced the 335 HP 428 Cobra Jet engine and Carroll Shelby stuffed them into current Mustangs and labeled them GT 500 KRs. (Rumor has it that KR simply stood for King of the Road.) The GT 500 KR offered more than just a hot engine, though. They were loaded with lots of special interior trimmings and luxuries. Unfortunately, Ford only produced the GT 500 KR for the 1968 model year. 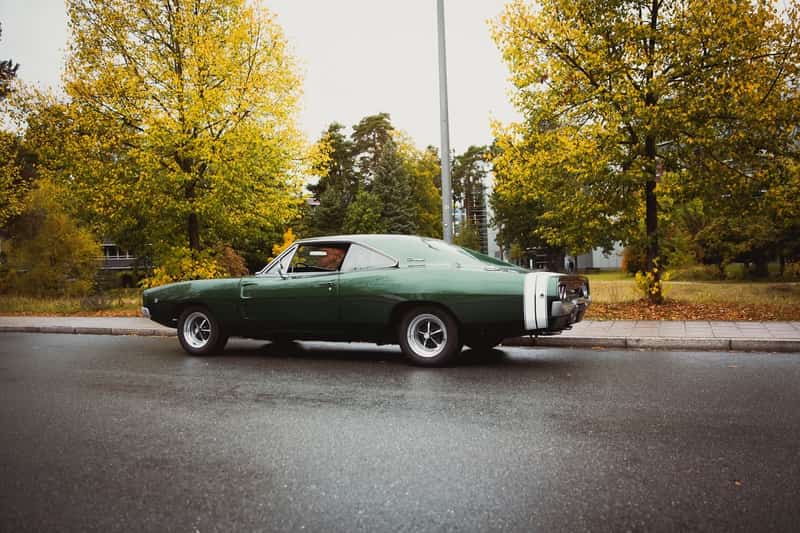 The original Charger Super Bee was a one-year-only model for 1971. It sold at lower prices than other muscle cars but came with updated equipment, wild graphics, and a 440 engine. And all that made the Super Bee popular with anyone looking for a classic performance machine in vivid colors with a tire shredding performance. The base 440 Charger Super Bee delivered 370 HP and in the Six Pack option, it was capable of 385 HP. The Hemi was the only engine option, but rare because just 22 cars received that engine.

What exactly is the Chevelle Z16? Basically, it’s a fully loaded regular Chevelle with a 396 V8 engine, Muncie four-speed gearbox and a heavy-duty suspension. Some dealers weren’t aware this option even existed since Chevrolet refused to market the Z16 for some odd reason, and this made this Chevelle a rare car. They offered the car for the 1965 model year only and only 200 were built.

The modest success of the 1969 AMC SC/Rambler encouraged the company to produce another special, one-year-only muscle car in the form of the Rebel Machine. AMC presented the Machine in 1970 with the same mechanics as the 1969 version, but with more power at 345 HP and performance-oriented options. The machine was popular; it had a cool name, patriotic color scheme and a Ram Air induction hood.

The AAR Cuda was a limited production model Plymouth Baracuda built to commemorate Dan Gurney’s All-American Racing team, which used Cudas in the Trans-Am championship. It came with a 340 V8 small block and a special plastic hood in matte black paint with a hood scoop. Plymouth added a rear spoiler and interesting side graphics, including a big AAR logo. This AAR Cuda was somewhat more expensive than the regular 340 Cuda and that is why they sold 2,724 of them.

In the late 60s, along with Plymouth, Dodge was desperate to go racing at NASCAR. The Charger was the obvious car to use but since NASCAR cars already approached of almost 200 mph on superspeedway tracks, aerodynamics played a key role in the car’s performance and results. So, Dodge, following the Su-perbird’s lead created a racing car with a special front end, flush rear glass, and a big rear spoiler. The Charger Daytona was one of the first cars they developed in a wind tunnel, using new materials in construction. A true automotive one-hit wonder, the Charger Daytona was a one-year-only model for 1969 and they only produced 504 of them.

Since the muscle car segment exploded in 1970 with big block power, some manufacturers offered smaller alternatives to the 427, 455 and 454 engines. And one of those forgotten models was the Oldsmobile W31. Entitled the W-31, it received Oldsmobiles high revving 350 V8. In the end, Oldsmobile produced just 116 of those interesting machines for the 1970 model year. 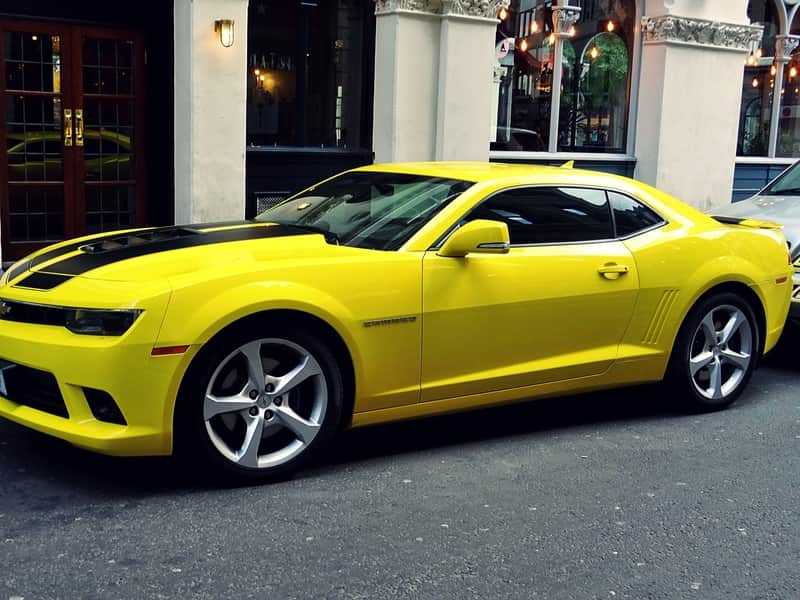 Although you can buy a Corvette Stingray with the Z06 package today, this model was first presented in 1963. The 1963 Stingray Z06 was a one-year model with several distinct features, making it highly sought-after today. Chevrolet built the Stingray Z06 with racing in mind. It came with a special suspension, powerful engines, less weight and a big 36-gallon fuel tank for endurance racing. So, if you wanted to race in 1963, this was a perfect choice.

Note: Click here to read part 2 of this article. 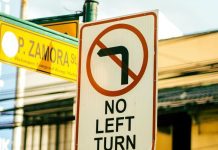 Who May Be Liable For a Left-Turn Crash? 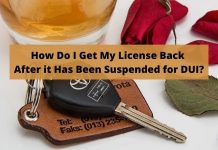 How Do I Get My License Back After it Has Been Suspended for DUI? 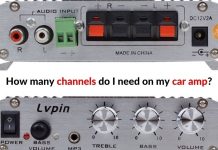 How Many Channels Do I Need on My Car Amp? 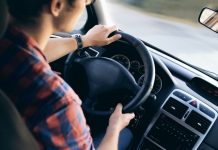 Five Tips to Help You Increase the Lifespan of Your Car 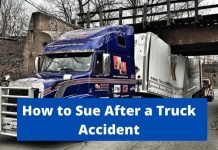 How to Sue After a Truck Accident