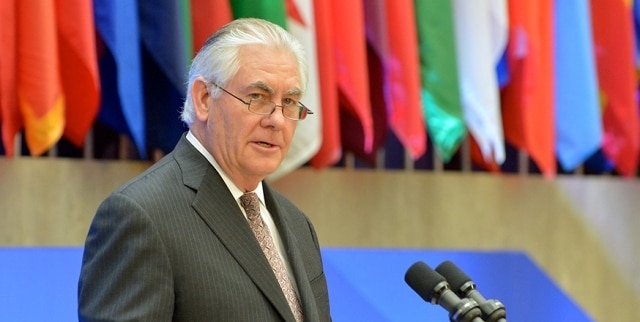 President Donald Trump is reported to be currently having a plan of replacing Secretary of State Rex Tillerson with Mike Pompeo, CIA chief. The report has been confirmed by several news outlets confirmed.

As people ponder on the fact that if the CIA chief was to become the Secretary of State, who will then fill in his shoes, news sources say that Sen. Tom Cotton is to become the new CIA leader. President Trump has been known for changing top tier members of the government and this replacement is expected to have little effect on majority of the American population.

The near unprecedented move made by Trump would cut short the rather turbulent tenure of Rex Tillerson who is the former ExxonMobil CEO. His relationship has been reported to be frayed with President Trump over numerous issues. These issues include climate change and the Iran nuclear deal along with diplomatic crisis between the US allies in the Persian Gulf.

The plan is reported to be overseen by President Trump’s chief of staff. It would replace CIA Chief Pompeo with Sen. Tom Cotton who is a Republican from Arkansas and a close ally of Trump on the matters of national security.

The news was initially broken by the New York Times and it was then followed by the rest of the news sources. People are confirming the idea in their minds that with the Trump administration, nothing could set in stone until it had actually happened.

Read Also: Trump and his Threats: Turkey will be devastated economically