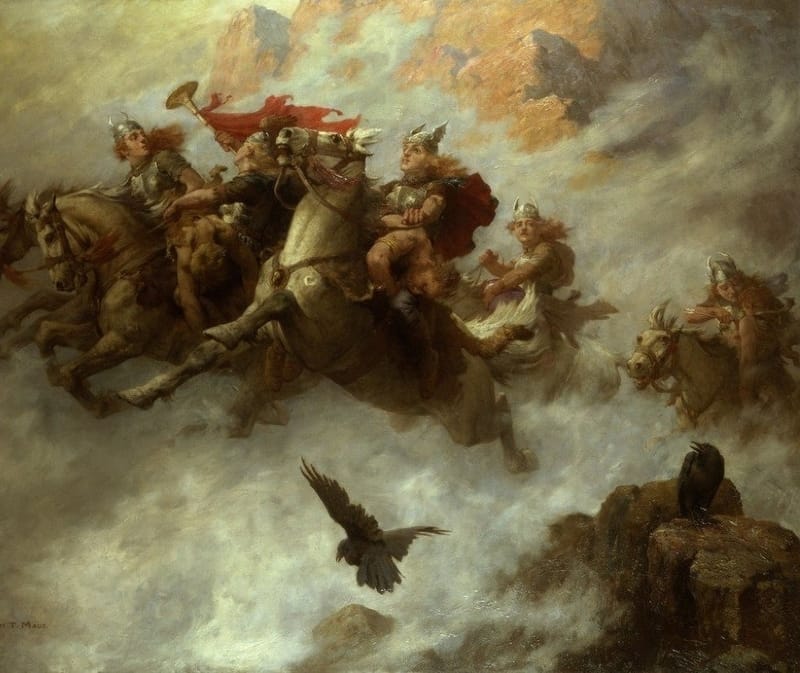 The Ride of the Valkyries painting is one that has fascinated art connoisseurs for over a century. The beauty of the painting contrasts the mystery that arises from the artist himself. By investigating the painting, its composition, and the meaning behind it, it’s easy to see why the painting has captured the attention of not only art critics and historians but fascinated the average art lover and viewer over the years.

This is an excellent painting to turn to for art lovers interested in meaning buried in rich symbolism and dramatic artistic interpretation.

Interestingly, unlike classics such as Last Supper or the ceiling of the Sistine Chapel, this famous painting comes from an artist that isn’t incredibly well-known and that anyone particularly knows much about.

William T. Maud was a British artist who was active during the 19th century. However, Ride of the Valkyries stands as his most-known and, in fact, one of his only well-known pieces of work.

This is likely because painting wasn’t the primary form of visual art that Maud worked with. Instead, he spent most of his career working for The Daily Graphic which was an illustrated newspaper. During this time, the British Empire experienced a sharp increase in literacy rates and the global telegraph network was on the rise. This made reading the news and, in turn, consuming illustrated news media much more common.

Because of his work as a news illustrator, Maud seemed to come out of the woodwork when he painted this masterpiece. Rather than his typical, professional style, Maud completed Ride of the Valkyries as an oil painting on canvas with dimensions of 63.5” by 79”.

Another reason that Maud may not have flourished as much as an artist that you would expect from someone with this caliber of talent was his short lifespan. The life of a newspaper illustrator was difficult and risky. During the Second Boer War, Maud contracted enteric fever and passed away at the young age of 38 years old, cutting his potentially illustrious career short.

The concept of the Valkrie comes from their standing in Norse mythology. One of multiple similar characters, a Valkyrie is among one of the chief figures that decide who will die in battle. As the myth goes, Valkyries choose warriors that will come with them to Valhalla which is a hall in Asgard that translates roughly to “hall of the slain.” This stands as part of the afterlife according to Norse mythology.

When a warrior is chosen for Valhalla, they leave the battlefield and their wounds are healed when they start the next chapter in Valhalla. Valkeries were also known to sometimes take human lovers, especially ones considered heroes.

Given this theological background, it’s no surprise that Maud chose these characters as a subject for his paintings. While the painting was completed and signed in 1890, years before the Second Boer War that would indirectly claim Maud’s life, it isn’t unexpected that themes of war would be present in the work of a newspaper illustrator.

One of the most direct meanings that this painting can have from interpreters is as a fantastical or mythologized interpretation of the battlefields that Maud had probably grown used to seeing.

The composition of the Rise of the Valkyries is part of what makes it such an iconic painting. A swirling, tumultuous sky serves as a background of the piece, incorporating blue, grey, and green hues.

All in all, the painting of such as serious nature, the dramatic style that Maud used helps to portray the gravity of the situation. The ride of a group of Valkeries rather than displaying a single or even pair of Valkyries also insinuates the intensity of the battle without showing any of the direct actions that the war was taking.

Maud also shows that he knew the concepts of the Valkyries beyond their basic existence and purpose with the right symbolism. On the bottom half of the canvas, compositionally below the feet of the closest Valkerie’s steed, there flies a bird. This is significant because Valkeries are often denoted to have the accompaniment of birds. The most common companion comes in the form of a raven, which is the direction the painting takes, but they are also sometimes accompanied by swans.

The Ride of the Valkyries oil painting is a fascinating look into the work of an artist who only showed his style in a succinct collection. Not to mention, it goes deeper beyond simply recreating a scene in front of Maud’s eyes. It acts as a true interpretation of a subject that he was used to seeing rich with symbolism.

It also gives the viewer a quick look into how knowledgable Maud was in Nordic mythology and how he drew from that knowledge to create a lasting masterpiece. 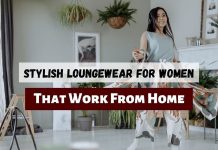 Stylish Loungewear For Women That Work From Home

3 Things to Include in Your Plans for The New Year

Tips For Proposing This Valentine’s Day 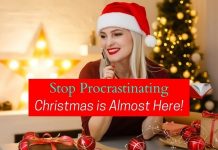 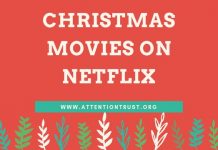