The Indy 500, “The Greatest Spectacle In Motorsports,” is an exercise in restrictive rules and required equipment. But, this is considered good stuff because it maximizes the role of both driver talent and lady luck in the race. That being said, its an awful lot of fun when the rules get “bent” a little.

Are we really talking about cheating?

As our subject matter expert at Marburger Chrysler Dodge (Shelby, NC) explained: in the race world, “cheating” not in the sense of breaking the rules, but in working around them! Finding a sneaky way to make a car more competitive and keeping the nefarious plans quiet until the moment it’s sprung upon the competition, during the race, of course. Consider just 25 years ago when Roger Penske found and exploited the biggest loophole in the history of the Indy 500.

In 1993, Roger Penske, Mercedes-Benz, and Ilmor Engineering were working with the purpose-built Mercedes-Ilmor 500I pushrod V-8 engine. It was 3.4 liters of pure race engine that took advantage of USAC rules that were intended to encourage the use of pushrod, overhead valve engines. At the time, the rules allowed such engines up to a monstrous 55 inches of turbocharger boost and there was no requirement that the engines be production-based.

According to Penske team manager, John Bouslog, in utter secrecy, the entire drivetrain package destined for the Indy 1994 race was developed at Ilmor in England and clandestinely in a Penske Truck Rental facility in Reading, Pennsylvania. The completed project used Penske’s race proven PC-23 chassis equipped with the powerful 500I engine. Because of the way that Penske interpreted the USAC rules, his version of the 500I engine would generate over 300 more horsepower than the rest of the field.

All professional sports are about telling great stories. It’s the 1927 Yankees lineup headed by Babe Ruth and Lou Gehrig. It’s the Magic Johnson vs. Larry Bird rivalry in the NBA during the 1980s. It’s Chrysler’s 426 Hemi, which was so dominant during the 1964 NASCAR season that it was banned for 1965. The 1994 Indy 500 was cast in the same mold.

Read Also: The Best Car Racing Tracks in the World: Get Ready for a Race

With more than 1000 horsepower, the combination of PC-23 and 500I was dominant at the Speedway. Unser, Jr., put his on the pole at 228.011 mph. But it was Fittipaldi, starting with Unser on the front row, who dominated the race. He led 145 of the 200 laps, and by lap 157 the only two cars on the lead lap were Fittipaldi and Unser. In lap 185, Fittipaldi slid up into the wall and this handed the race to Unser. The Penske version of the 500I engine was banned after dominating the Memorial Day classic and never appeared in competition again.

The lesson for the kids

Cheating, or  bending the rules, isn’t something you teach as a moral virtue but it makes for great stories – like this one! 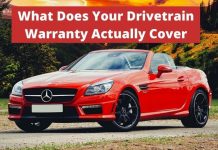 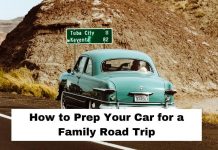 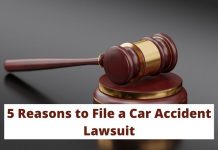