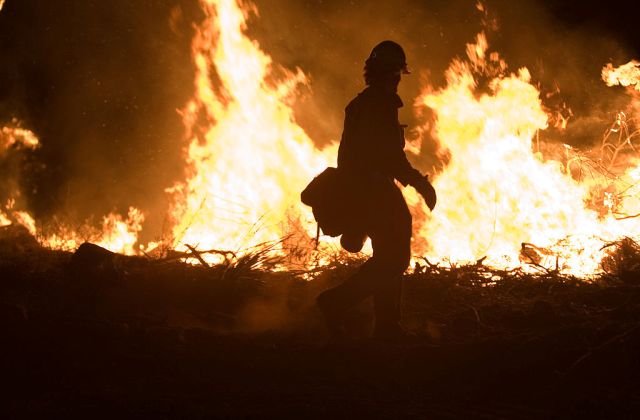 A fast-moving fire that erupted in south California has destroyed 150 structures in the area and forced nearly 27,000 people to evacuate. According to reports, the wildfire got sparked by the fierce winds blowing in the region and after gaining enough momentum, the fire tore through the foothills northwest Los Angeles.

The fire was first reported at 6:25 p.m. local time on Monday in Ventura County. It was estimated to have an approximate spread to 31,000 acres initially, but it then exploded to a staggering 45,500 acres with zero containment by Tuesday morning. The mentioned statement came from the fire department officials.

Per reports nearly 27,000 people have been successfully evacuated from the Ventura County. Further reports from reliable sources say that around 150 structures in the area have been destroyed completely. The said wildfire is currently being called Thomas Fire and over a thousand firefighters are currently battling it.

According to the California Office of Emergency Services (Cal OES), a total of 7,786 residencies were reported to be under mandatory evacuation on Monday. The fire department have also confirmed that approximately 27,000 people were evacuated successfully just two hours later. A mental clinic named Vista del Mar Hospital was among the buildings that were ravaged by the fire. To read further details on this news story click here.