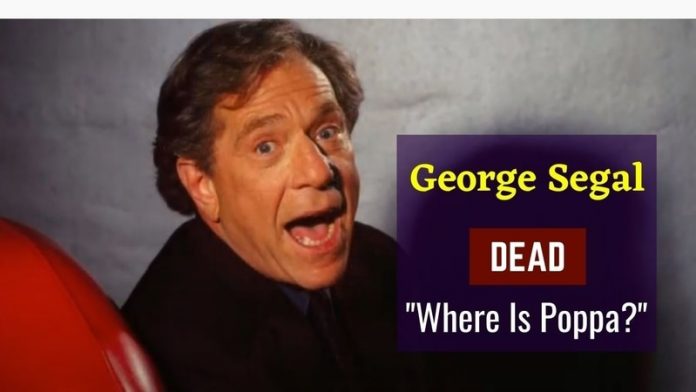 George Segal is a fascinating actor who has a long career. He co-starred with brilliant actors during the golden age of the 1970s in “Where is Poppa?” “, “The Owl and the Cat”, “A Touch of Class”, “California Split” and “Taste with Dick and Jane” and other lighthearted classics produced a huge chemical effect. He died on Tuesday. He was 87 years old.

His wife Sonia announced that Segal had died of complications from bypass surgery. He died in Santa Rosa, California.

Although he is most related to comedy and plays a smart, neurotic role, Siegel’s range of acting skills is considerable.

He played the naive young professor in the Mike Nichols nomination for best actress. Who is afraid of Virginia Woolf? (1966) In contrast to Elizabeth Taylor and Richard Burton, he was nominated for an Oscar for best supporting actor. In the war TV series “King Rat” (1965), an adaptation of James Clavell’s novel, he portrayed a formidable Wheeler dealer in a Japanese prisoner-of-war camp during World War II.

However, Segal’s comedy performed best. He appeared in seven seasons (1997-2003) in the NBC workplace sitcom “Just Shoot Me“.

His long-term manager Abe Hoch said in a statement: “My years of close friends and client deaths made me feel sad.” “I will miss his enthusiasm, humor, friendship and friendliness. He is a great person.”

Siegel has been married three times: from 1956 to film editor Marion Sobel until his divorce in 1983; music manager Linda Rogoff (from 1983 to Steve Lawrence in the band) (Steve Lawrence) and Eydie Gormemet at Carnegie Hall since their opening until 1996 and died of aplastic anemia. Since 1996, he has been with his high school lover Sonia Schultz Greenbaum.