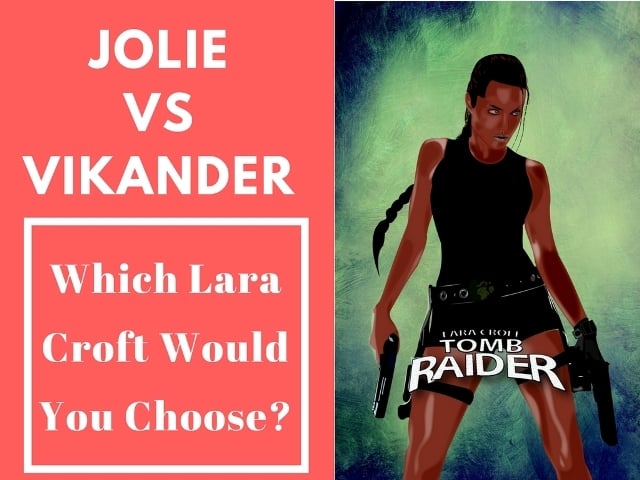 This Friday, doors opened for the first showings of the new Tomb Raider movie, starring Alicia Vikander instead of the fan-favorite Angelina Jolie. It would seem Hollywood can’t find a new idea, even though this new Tomb Raider flick isn’t a full remake of the 2001 original, which happens to be a film adaptation of the famous 1996 video game.

While without a doubt entertaining, Tomb Raider is likely to hit a tidal wave of reviews comparing the starring actresses to one another. Is it possible to have a Hollywood reboot without comparisons though? Likely not, which could be bad news for the up and coming Swedish actress Alicia Vikander. Maybe she isn’t necessarily up-and-coming considering her recent Oscar for best supporting actress in the film, The Danish Girl, however when compared to Angelina Jolie, she certainly qualifies as the new girl.

Will the film’s success be affected by the notoriety of the actresses? Born and bred in Los Angeles, Angelina Jolie is a Hollywood icon, known all over the world for her stunning looks and pierce-the-soul eyes, not to mention her acting abilities. It’s undeniable that Vikander is a very talented actress too, but she’s a girl from a different country without the notoriety Jolie comes with. Let’s face it – thanks to this analysis of the highest paid celebrities, location can influence an actor or actress’ chance at stardom.

According to a variety of reviews, Vikander’s portrayal of Lara Croft deserves a better movie. While entertaining, Vikander is up against a stellar performance by Angelina Jolie who played the same role. Hollywood has a new routine of making the old new again, attempting to recreate older blockbusters with new twists. Unfortunately, that means filmmakers (here and otherwise) have to exist in don’t-mess-it-up mode.

With that being said, how does the 2018 reboot and origin style Tomb Raider compare with the 2001 original movie? For one thing, Vikander’s portrayal of Lara Croft is entirely under-sexualized stacked against Jolie’s skin-tight outfits. This is probably one of the biggest differences of the two films, at least visually. It does make sense that the original 2001 film was potentially catering to the class of individuals who were likely to be fans of the famous video game icon Lara Croft. That’s right, the general male populace. Some might chalk up Vikander’s more practical garb to the social environment of 2018, while others might just go ahead and say it’s a film portrayal of the 2013 video game Lara Croft. Whichever (whoever) you’d like to believe, it’s safe to say that Vikander is wearing far more practical clothing for her role.

Another difference viewers are sure to pick up on is the lack of the characteristic dual pistols Lara Croft is equipped with in most instances. Alicia Vikander shows Croft with a bow and arrow, reminiscent of Croft’s childhood archery lessons. Evidently, her Croft isn’t quite evolved enough to wield those pistols just yet. She also takes hits instead of giving them, a definite change from Angelina Jolie’s Lara Croft. Other not-so-subtle differences are evident in the financial well-being of Lara Croft. In Jolie’s 2001 version, Croft is an aristocratic woman living in the Croft Manor while Vikander’s Croft hasn’t accepted her father’s inheritance because that means accepting her father is dead.

Both women are talented actresses, playing one of the most famous and intensely debated female icons in video game history. They have similar physical features, but their diverse backgrounds means both women have brought something different to the role. 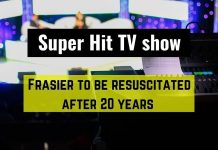 Super Hit Tv Show Frasier to Be Resuscitated After 20 Years